Obsessive compulsive disorder is an intensely isolating and debilitating condition where the sufferer experiences negative, repetitive and intrusive thoughts, combined with a chronic feeling of doubt or danger (obsessions). In order to quell the thought or quieten the anxiety, they will often repeat an action, again and again (compulsions).

There are two parts to OCD. The obsession, and the compulsion that is intended to alleviate the distress brought about by the compulsive thought.

Doing the compulsive behaviour temporarily relieves the anxiety associated with the obsession, but unfortunately very quickly it tends to rise again.

I think it is important to remind ourselves that to a certain extent we can all relate to this process. We are all familiar with our own exhaustingly repetitive mind. Ordinary mental process can have an addictive quality to it, that can be very difficult to cut through. All of us who have not yet managed to become fully enlightened are to a degree enslaved to our stubborn and tedious mind, harassing us with the same old nonsense all day long. We get stuck in ruts that we can’t seem to get out of and caught in familiar thought loops or internal dialogues that just seem to play out by themselves.

This is the regular monkey mind end of the spectrum, where we might engage in some soothing behaviours or rituals to distract/avoid or ease the anxiety. And it takes a lot of skill or practice to recognise these mental patterns as they are getting played out and and unhook ourselves from them. Gradually we can learn to not take our thoughts so seriously, we begin to realise they don’t really represent us and stop being so tightly identified with them. This is hard enough for someone without OCD.

If you suffer from severe OCD this becomes infinitely more difficult. The inner obsessions and compulsive behaviours begin to become truly suffocating and constricting, leaving very little freedom for you to engage in a rich and meaningful life.

Working with OCD in an integrated way

We feel it’s important to approach OCD from a variety of angles.

The main treatment modality for working with OCD is CBT (cognitive behavioural therapy). Within CBT, Exposure and Response Prevention (ERP) is considered the most useful. ERP means you face your fears head on by deliberately exposing yourself to them while preventing yourself from carrying out the associated compulsion.

For example, during a session you would touch a bin and not allow yourself to wash your hands. This method gradually exposes you to bigger and bigger challenges and teaches you to allow your initial anxiety to calm down without having to engage in the ‘remedial behaviour of the compulsion’. After the first few times, you will find your anxiety does not climb as high and does not last as long. Eventually you will learn that nothing bad happens when you stop performing your compulsive rituals and be able to engage in more and more activities without anxieties.

In addition to ERP, ACT (Acceptance and Commitment Therapy– another type of therapy under the CBT umbrella) can be helpful. ACT focuses on changing your relationship with your thoughts, using mindfulness and de-fusion skills. This leads to an increased capacity to ‘not take your thoughts so seriously’. Through practice you learn to assign less weight to the compelling thoughts and images, so that they may gradually lose their power over you. The thoughts will become less tenacious and flow through you with more ease. You will learn to redirect your focus to positive actions in line with your personal values and vision for your life.

These two approaches are very useful in addressing and alleviating the symptoms of OCD, however in many cases they might not quite be enough.

In the medical literature there is a lot of emphasis on biological causes for OCD but in my experience with clients I have often found there is a strong trauma component. For example: when someone feels dirty and contaminated this can be traced back to a sense of deep shame related to sexual assault. Or, in another example, someone experiences intrusive thoughts about harming their child that show a strong resemblance to things that have been said to them by an abusive parent.

This is supported by the fact that, while the current prevalence of OCD in the general population is 1%, among people with a diagnosis of PTSD (post traumatic stress disorder) this figure is much higher, between 4-22% (see the research here).

In these sorts of cases a purely cognitive and behavioural approach is obviously not going to cut the mustard. And we would need to work in a much more in-depth and longer term way, establishing relational safety and trust before healing the trauma and being able to address the outward expressions of this trauma.

These three approaches to working with OCD are perfectly compatible and can be integrated to work with each unique individual. 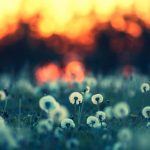 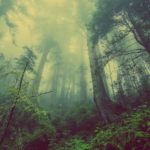 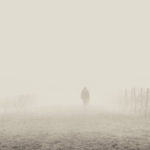 Should we really be vaccinating children against Covid?

An Integral Analysis of COVID-19